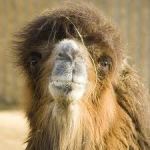 Ok, The Presidential Debates, Round Two, is now history.

The President certainly brought his A game this time, and closed on a slam-dunk with bringing up Romney’s 47% remark behind closed doors.

The moderator did a credible job of moving things along, but could have been better in cutting Romney off after the TV monitor showed his time was up, then not allowing Obama a chance to rebut.

Romney’s Etch-a-Sketch was in full play…again…in this author’s perspective.

What do you think? Think the President regained his Mo-Jo? Think Romney will continue to add to his momentum? Think Fox News will go apoplectic over Mitt telling the President, basically, to not interrupt Romney’s interruption, that he’ll get his turn?