This past Friday night’s “Real Time with Bill Maher”‘s panel consisted of Michael Moore, a surprisingly quiet Al Sharpton, Valerie Plame, and Richard Dawkins. And while the group had some interesting discussions, the best part of the show came in Bill’s soliloquy at the end of the show. Crooks and Liars has the video, but I have borrowed their transcript, here:

MAHER: “Now, when it comes to raising the minimum wage, conservatives always say it’s a non-starter because it cuts into profits. Well, yeah. Of course. Paying workers is one of those unfortunate expenses of running a business… you know, like taxes, or making a product.

If you want to get rich with a tax-free enterprise that sells nothing, start a church.

You might think that paying people enough to live is so self-evident that even crazy people could understand it, but you would be wrong.

Michele Bachmann is not only against raising the minimum wage, she’s against having one at all. She once said “if we took away the minimum wage… we could virtually wipe out unemployment because we would be able to offer jobs at whatever level.”

Put that in your brain and smoke it. You could hire everyone if you didn’t have to pay them. And naturally, Ted Cruz agrees. Ted Cruz thinks it’s a good thing that when his Cuban father came to America he was paid $.50 an hour to work as a dishwasher, before becoming Charo.

Even if you’re not moved by the “don’t be such a heartless prick” argument, consider the fact that most fast food workers, whose average age by the way now is 29, we’re not talking about kids, are on some form of public assistance. Which is not surprising. When even working people can’t make enough to live, they take money from the government in the form of food stamps, school lunches, housing assistance, day care. This is the welfare that conservatives hate.

But they never stop to think, if we raised the minimum wage and forced McDonalds and Walmart to pay their employees enough to eat, we the taxpayers wouldn’t have to pick up the slack.

This is the question the right has to answer. Do you want smaller government with less handouts, or do you want a low minimum wage? Because you cannot have both.

If Col. Sanders isn’t going to pay the lady behind the counter enough to live on, then Uncle Sam has to, and I for one am getting a little tired of helping highly profitable companies pay their workers.”

O/T: Today my mum would have turned 93 – Happy Birthday, Mum, wish you were here. 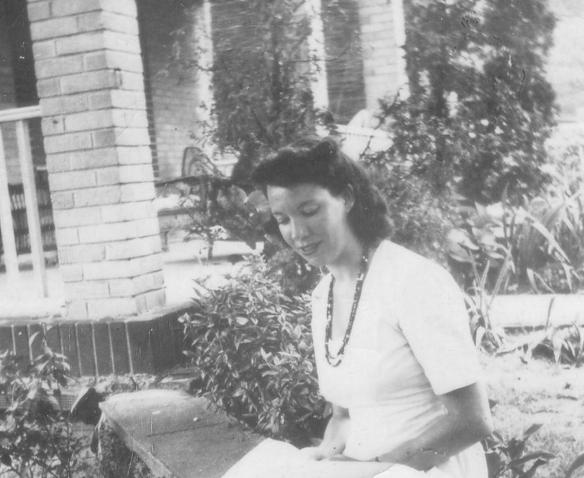 This is our daily open thread, got anything on your mind that you’d like to discuss?