Sarah often mentioned him as her inspiration even though her tea bag wearing, fascist, racist fans would never vote for him today.  It goes to show that some people truly live in a fantasy world. 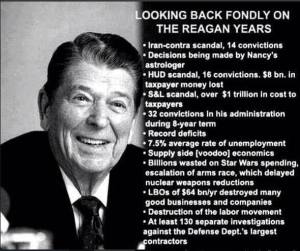 This is our Open Thread.  What are your thoughts?  Speak Up!