O wad some Power the giftie gie us
To see oursels as ithers see us!
It wad frae monie a blunder free us,
an’ foolish notion
What airs in dress an’ gait wad lea’e us,
an’ ev’n devotion!
(Robert Burns from “To a Louse”)

Yesterday, I received this uplifting note from the Center for Biological Diversity (an environmental-and-wildlife-activist organization HQ’d in Tucson, Arizona):

After an outpouring of public opposition from Center  activists and others, Arizona Gov. Jan Brewer this  week vetoed two anti-wolf bills, including one that  would have allowed ranchers to kill endangered  Mexican gray wolves on federal land, contrary to  federal law.

Thank you to all who answered our call to action against these bills, especially those who flooded Brewer’s office with phone calls this week.

There are just 37 Mexican gray wolves in the Arizona wild. This struggling population desperately needs protection to survive — and some state lawmakers are intent on making sure it doesn’t get that protection. We’re happy to see Brewer veto these disastrous bills, but we also know that wolf-haters in Arizona remain a potent force. We won’t relax our vigilance.

Read more about the Center’s long battle to save Mexican gray wolves from extinction.

Much as I detest AZ Governor Jan Brewer’s politics, I do give her credit for occasionally making the right and proper decision. I also maintain the hope, no matter how faint, that SOMEONE, or some agency, will act NOW to stymie the idiots in the state of Idaho (and elsewhere, of course) and thus prevent the entire wild wolf population there (and anywhere else, for that matter) from being completely wiped out . . . by idiots.

I know, I know, common sense is an alien notion amongst both idiots and wingnuts (assuming there’s any difference), but still, we of un-shriveled mind can dare to hope, right?

In that vein, remember the words spoken by Mitt Romney in advance of the 2012 elections? “Corporations are people, my friend,” he said in all seriousness. Gives me an idea: if corporations which are in no way definable as “people” can be legally designated as people, then why not also so-designate wolves, polar bears, eagles, dolphins, whales, coyotes, owls, puma, tortoises, butterflies . . . etc., et al., as “people”? Why can’t we insist the SCOTUS also legally grant wildlife all the protections that both idiots and corporations now enjoy?

Time for a vote. Choose A or B (in order of presentation below) as either “people” or “non-people” — I’ll forward your votes to the SCOTUS (If I can find their email somewhere). 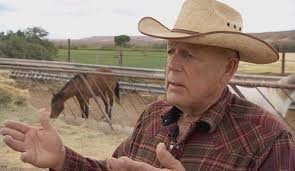 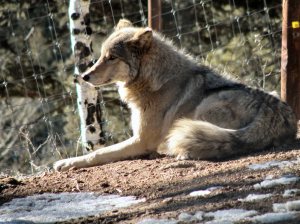 Oh, and in the process of deciding said issue, maybe the Scotussians could also agree to define wingnuts as non-people, and then let the chips fall where they may? Now THAT would be a definite job-creator, one that prolly even the NRA might support!

I know. My bad (on rare occasion). Oh well. Clearly some critters deserve protection, some don’t. It’s so simple.

44 thoughts on “The Watering Hole; Friday April 25 2014; A Win for Biological Diversity”