The following is a recent communication courtesy of the Center For Biological Diversity, a request mirrored by (among others) Defenders of Wildlife and the Wilderness Society. It’s a simple request for action, an effort to STOP in its tracks the latest irrational attempt to eradicate wolf populations in Idaho’s back country. Note that the BLM has already acted appropriately, and that now the wolf-kill enterprise has shifted its focus “to national forest lands (along with private and state) instead of BLM” with intent still the same: the irrational eradication of all timber wolf populations therein and thereupon.

In November, following an onslaught of letters and a lawsuit by the Center for Biological Diversity and allies, the Bureau of Land Management cancelled its permit to a hunting group trying to hold a wildlife-killing contest on Idaho’s public lands.

The hunt was neither in the public interest nor consistent with the agency’s mission. But now the misnamed “Idaho for Wildlife” is trying to peddle its wolf-hating elsewhere — switching its family-friendly carnagefest to national forest lands (along with private and state) instead of BLM.

According to the group, up to 500 participants — including kids as young as 10 years old — will compete to kill as many wolves, coyotes and other animals as they can.

The competition will take place in January — unless we demand a stop to it now.

The Forest Service has effectively escaped any public review of the competition by not requiring a permit for this event. But the public must have a say in how our lands are used and managed, and an event of this magnitude must be preceded by an environmental review.

Act now to demand that the Forest Service bring a stop to this barbaric hunt on our public lands or, at the very least, conduct a review in the clear light of day.

— Click here to take action and get more information. — 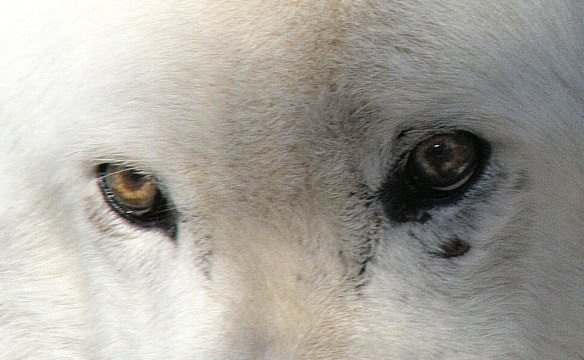 Some years ago, Alaska resident and outdoor enthusiast Jill Missal wrote the following (my underline):

“The precise origins of man’s unusual fear of the wolf are obscure. The wolf is human’s most feared animal, even though there has never been a verified account of a healthy wild wolf attacking and killing a human in North America. There have been many maulings caused by bears, and many a diver has experienced a shark attack, but never a wild wolf attack. So why are wolves so feared and hated?“

Why indeed. Actually, Canadian environmentalist and author Farley Mowat answered her question in his 1963 masterpiece Never Cry Wolf where he wrote a most able summary of today’s wolf-hating idiots:

“We have doomed the wolf not for what it is but for what we deliberately and mistakenly perceive it to be: the mythologized epitome of a savage, ruthless killer — which is, in reality, no more than the reflected image of ourself.”

There is no reason — other than the irrational attitudes of the unenlightened and poorly educated masses — for ANY state or federal governmental agency to allow the wanton slaughter of recently reintroduced (endangered) species which are of NO RISK to any human anywhere. Irrational hatred and fear have become a defining hallmark of a substantial portion of Americans these days, but is that fair reason to allow wanton slaughter?

I hope all who read this will access the petition linked above and sign it. With luck, someone with authority to act will listen. And then ACT. Appropriately.