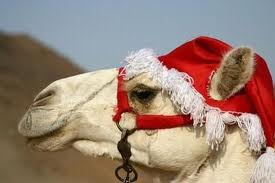 Faux Gnus has found a new way to attack President Obama, this time blaming him for delaying Christmas. According to Faux, lifting the embargo on Cuba will delay Christmas by several days this year.

Bill O’Lielee, of the O’Lielee Factor, picked up the banner. “By lifting the embargo on Cuba, well, Santa, you know, Santa stuck by the embargo these 50 years. So now the big guy has 50 years’ worth of Christmas presents to deliver.” Bill-O remarked. “Now, mind you, that just because they’re Communist, that doesn’t mean the little boys and girls of Cuba didn’t deserve Christmas presents from Santa all these years. But he couldn’t deliver them, because, you know, Santa is one guy who follows the rules, unlike President Obama.”

“Then, too,” O’Lielee continued, “he’s got a lot of coal to deliver down there. I mean, 50 years’ worth of coal for one of the naughtiest regimes on the planet. In fact, I believe Cuba is going to get so much coal from the North Pole, that if there is anything to this global warming, and personally I believe it is nothing but a big hoax perpetrated by a bunch of tree huggers, but if there is anything to it, Cuba may be responsible for cooking the planet up a few degrees with all the carbon they’ll have to burn.”

“Getting back to my main point, Obama’s ill-thought out plan to lift the embargo right before Christmas is going to delay this national holiday by at least a week, ’cause it’s going to take Santa that long to deliver his 50 year backlog of toys and coal to all those Cubans down there, the nice ones, and the naughty ones.

“So, boys and girls, when you wake up Christmas Morning and there’s nothing under the tree from Santa Claus this year, blame Obama. I know I will.

“This is Bill O’Lielee, for the O’Lielee Factor. Next up, Sarah Palin says she can see the North Pole from her house.”