Give me your tired, your poor,
Your huddled masses yearning to breathe free,
The wretched refuse of your teeming shore.
Send these, the homeless, tempest-tost to me . . .

The Paris terrorist attacks of a week ago — Friday, November 13, 2015 — have served to again expose one of this country’s most deep-seated and extremely dark undercurrents: her penchant to accept hate and fear rather than intelligent analysis and action. As Obama has just recently pointed out, “We are not well served when, in response to a terrorist attack, we descend into fear and panic. We don’t make good decisions if its based on hysteria or an exaggeration of risks.”

Here are just a small handful of current examples of that ‘descent into fear and panic‘ which has suddenly (?) come to drive the opinions of so many:

“There is not one voice of sanity among Republicans as they try to one-up each other in the xenophobia game.”

“Sadly the Republican candidates for president, and too many in their party, will seek to use this crisis as a partisan weapon against President Obama and former Secretary of State Hillary Clinton, the leading Democratic presidential contender. They will charge the Obama administration with “weakness” even as American warplanes fly thousands of sorties against ISIS positions in Iraq and Syria. Such political attacks sound ridiculous to anyone familiar with the recent history of the Mideast. As a product of Al Qaeda in Iraq, ISIS rose directly from the ill-conceived invasion and occupation of that unfortunate country – and the fact that Clinton mistakenly voted to give George W. Bush the conditional authority to wage that war in no way makes her (or Obama) responsible for its botched execution.

“The social chaos, religious strife, and massive bloodshed resulting from the US invasion created fertile ground for a new terrorist movement. And as Washington Post reporter Joby Warrick explains in Black Flags, his authoritative new history of the rise of ISIS, the Bush administration elevated its founder, a minor Jordanian gangster named Abu Musab al-Zarqawi, into an international terrorist celebrity with its bogus claim that he represented a link between Saddam Hussein and Osama bin Laden.” 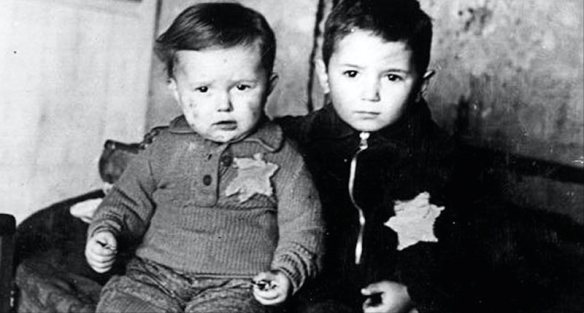 It obviously doesn’t take a lot to bring America’s Dark Side to the forefront. I wonder why that is? Are we as a nation so uniformly burdened that irrational fear and hate are the only available option? Or maybe the burden is limited to just one segment of vociferous folks? A relatively low percentage? I recently saw somewhere — can’t name the source, unfortunately — the results of a current poll which asked, concerning the fate of Syrian refugees, whether the idea of allowing them entrance to the United States as refugees is supportable or not. I don’t remember the  precise result, but somewhere in the neighborhood of 55% said NO, no Syrian refugees, period. The percentage that said YES, do it, was somewhere above thirty but less than forty percent. The poll also noted that those who identified themselves as ‘Republican’ were far more likely to say NO! than were all others.

And with that view in mind, here are the results from another similar poll on a similar issue, a poll that was taken almost 76 years ago, in January of 1939:

Note that only slightly more said NO back then than now. I’m guessing those two surveys may well support what seems to be the obvious conclusion that in America, the percentage of people who are driven/defined by fear, hate, and greed doesn’t change much from century to century. Makes me think that perhaps the concept of “darkness” more clearly defines we the people than does the oft-quoted “gleaming city on the hill” meme (or however it goes).

So. With apologies to Emma Lazarus, I’m forced by the circumstances detailed above to slightly modify the last line in her famous and epic poem, ‘The New Colossus,’ to make it a bit more accurate:

I douse my lamp beside the golden door