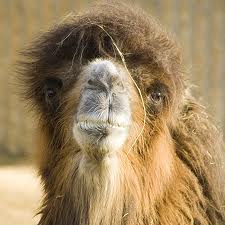 With less than four weeks to the Republican National Convention and more and more establishment Republicans jumping ship, the RNC took the unusual step of suing its presumed nominee – – for hijacking the Republican base. The Republican Party invested hundreds of millions of dollars cultivating a base of voters whom it could rely upon in election after election, ever since they embraced the “Dixiecrats” in the 60s. Hate radio and the Christian Coalition groomed this potent block of voters. Gerrymandering insured this small but reliable base would elect establishment Republicans at every level of government. Then Trump came along and, like the pie-eyed piper, swept them away from the establishment candidates. The ones like Ted Cruz, whose evangelical Christian values were primed to put him into the Whitehouse.

Indeed, in the days before the RNC filed its lawsuit, those in the Cruz camp were trying to muster enough votes to change the rules – – to allow delegates to break from Trump if voting for him violates their moral or religious beliefs. However, such a move would be sure to pit “family values” Christians against misogynist, racist, xenophobic Christians, further fracturing the Republican base.

The lawsuit, filed in the United States District Court Northern District of Ohio that includes Cleveland, Ohio in its jurisdictional boundaries, seeks a writ of mandate, or, in the alternative, a restraining order that would strip Trump of all of his elected delegates. Should it succeed, the Republican Convention would be wide open. The Republican Party could even nominate someone who never participated in the primaries.

When asked about the lawsuit, Trump seemed to be taken off-guard.

Meanwhile, Sarah Palin was seen packing up her Constitution and Flag-wrapped RV and heading for Cleveland.