I’ve never been shy concerning my attitudes toward the Second Amendment and the consequences of its misinterpretations by the Supreme Court; I’ve also never shied away from countering ANY argument in favor of universal gun ownership/possession. Guns have one purpose and one purpose only: to kill. Unfortunately for critters everywhere — humans especially — said purpose is massively overused, to the detriment of ‘we the critters,’ each and all. Similarly, the concept of rationality, of ‘control’ of the issue, is typically and constantly dismissed/disallowed because of the irrationality implicit in each and all of the arguments used to support the ‘universal gun ownership’ premise.

Bottom line: regardless of today’s conservative irrationality, guns are useful only to those who are interested in killing, and useless to those who are not. It remains, sadly, an essentially impossible task to do the logical thing and rid ourselves of the Second Amendment, in spite of the fact that it was written by James Madison solely to mollify slave owners concerned about the clause in the 1787 Constitution that assigned the use of militias to the federal government and NOT to the several states. Madison, himself a slave owner in Virginia, understood that militias were often used by Slave States to put down slave insurrections, a process seemingly disallowed by the new Constitution. Therefore the Second Amendment and its primary “A well regulated Militia, being necessary to the security of a free State” clause was added in the Bill of Rights to essentially allow state militias to be continuously used for local purposes, and in the process re-open the door for Slave State ratification of the new Constitution.

In the two-plus centuries since the Second Amendment was ratified in 1791, the Supreme Court has ruled on numerous occasions regarding the breadth of meaning implicit in Madison’s words, i.e. A well regulated Militia, being necessary to the security of a free State, the right of the people to keep and bear Arms, shall not be infringed.  In 1876, for example, in United States v. Cruikshank, the Supreme Court of the United States ruled that “The right to bear arms is not granted by the Constitution.” Then in 1939, United States v. Miller, SCOTUS ruled that the federal government and the states could limit any weapon types that didn’t have a “reasonable relationship to the preservation or efficiency of a well regulated militia.” In 2008, in District of Columbia v. Heller, the Court handed down a landmark decision that held the amendment protects an individual right to possess and carry firearms. Finally, in the 2016 decision Caetano v. Massachusetts, the Court reiterated its earlier rulings that “the Second Amendment extends, prima facie, to all instruments that constitute bearable arms, even those that were not in existence at the time of the founding” and that its protection is not limited to “only those weapons useful in warfare.”

It took the Supreme Court 200-plus years, but as of today its rulings have effectively erased and rewritten the meanings implicit in the original Second Amendment, disregarding any and all references to “a well regulated militia, being necessary to the security of a free State,” and concentrating instead only on the words “the right of the people to bear arms shall not be infringed.” Stated another way, the new bottom line ignores the Second Amendment’s original purpose — to allow Slave States to use armed militias to put down slave uprisings — and has instead become what’s seen as a guaranteed  Constitutional right, one that allows each and every citizen to own and carry as many of their own preferred instruments, each designed for the sole purpose of killing the life form at which it’s aimed, as they might care to own.

And these days, rest assured that ANY attempt by ANY state or by the Federal government to control in ANY way the guns available for sale to the general public will be met with screams from every quarter — save for, of course, the tiny corner still owned by sanity.

But then, suddenly, this very day, a breath of freshness, a beam of light piercing the imposed gun-culture darkness:

Hawaii’s governor signed a bill making it the first U.S. state to place its residents who own firearms in a federal criminal record database and monitor them for possible wrongdoing anywhere in the country, his office said.

The move by gun control proponents in the liberal state represents an effort to institute some limits on firearms in the face of a bitter national debate over guns that this week saw Democratic lawmakers stage a sit-in at the U.S. House of Representatives.

Hawaii Governor David Ige, a Democrat, on Thursday signed into law a bill to have police in the state enroll people into an FBI criminal monitoring service after they register their firearms as already required, his office said in a statement.

The Federal Bureau of Investigation database called “Rap Back” will allow Hawaii police to be notified when a firearm owner from the state is arrested anywhere in the United States.

Hawaii has become the first U.S. state to place firearm owners on the FBI’s Rap Back, which until now was used to monitor criminal activities by individuals under investigation or people in positions of trust such as school teachers and daycare workers

Ige’s office said he also signed into law two other firearms bills. One makes convictions for stalking and sexual assault among the criminal offenses disqualifying a person from gun ownership. The other requires firearm owners to surrender their weapons if diagnosed with a mental, behavioral or emotional disorder.

Three cheers for Hawaii, for the Kingdom of Atooi! FINALLY!! A state with enough brass to look at the gun lobby and laugh, smile and wink before taking some reasonable and easily imposed steps to finally help curb this nation’s murderous plague of gun insanity!

Yeah, I know, the measures Hawaii has adopted are minimal within the concept of honest and effective gun control, but at this point in time, the old line “any port in a storm” stands tall. Plus, of course, nothing can be more satisfying than a gun control act/law that causes the NRA to freak out! The more of those, the merrier.

As  for me, if ONLY I could write a gun control law (short of repeal of the Second Amendment), it would be a short one, word-wise. I don’t, in fact, think it would need to be verbose at all, and would require no big words. Let’s see, how about this: “Each and every time a person, any person, dies from gunshot, the gun manufacturing industry shall pay a fine of one million dollars.” If the current American death rate by gunfire remains constant — 33,000 per year, approximately — the cost to the gun industry would be a mere $33,000,000,000 (33 billion) per year. The gun industry would clearly have to raise their prices on both guns and bullets appropriately to cover their new expense, likely to levels inaccessible to all but a few. Legally, however, “the right of the people to keep and bear arms” would not “be infringed.” There might even be, in fact, one or two “people” who could still afford to buy not only a gun, but also the ammo to make it functional as a killing machine! Also, of course, the value/price of existing guns — the second hand market — would soar to the point where all current gun owners would be millionaires (who could no longer afford to buy bullets. but what the hell).

What could go wrong?

I think I’ll write my Congressman and demand action! He’s a wingnut, but what the hey, gotta start someplace, right? Right! Follow in the footsteps of Hawaii, of Atooi! Who needs guns? 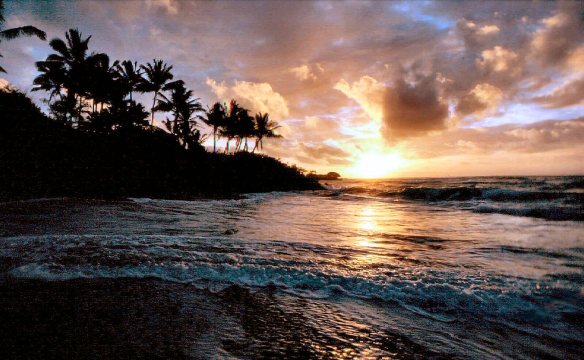