While clearing out an old magazine rack, we ran across – surprise! an old magazine!  (Seriously, we almost never buy any magazines.)  Actually, it was the ‘People Magazine’s 2006 Sexiest Man Alive’ issue, with George Clooney on the cover – which may explain why we happened to have that particular issue.

But don’t worry, this isn’t going to be about sexy men.

Nope – it’s about Donald Trump, Jr., and the “Scoop” in that People issue:

“Another Trump on the Way”

“The Donald may soon be known as The Gramps.  Donald Trump, Jr. and his wife of one year, Vanessa, have confirmed to Scoop that their first child – the mogul’s first grandchild – is due early next summer.  “Everyone’s very excited,” says Vanessa, 28. Although “if you mention the ‘grandpa’ word [to Donald Sr.], he might not be so excited.”

Complicating the family dynamics:  The new baby’s uncle Barron (son of the elder Trump and his wife Melania) is just 8 months old.  “They’ll be more like brothers, or brother and sister,” says Vanessa, who wants her baby’s sex to be a surprise.

What kind of father will Donald Jr., a Trump Organization executive VP, be?   A lot like his own dad.  “Trumps don’t do diapers,” says Don, 28.  But he does vow to be more hands-on – think playing catch – with his own kids.  “She [wants] five,”  Don says.  “I’ll wait till [sic/mine] she cranks out one, and then I want to renegotiate that back a bit.”  Spoken like a Trump.”

Open thread – what’s on your mind?

I’ll be brief. In his poem “To a Mouse” Scottish poet Robert Burns summed up a big pile of ‘stuff’ more than two centuries ago when he wrote:

Still thou are blest, compared wi’ me!
The present only toucheth thee:
But och! I backward cast my e’e,
On prospects drear!
An’ forward, tho’ I canna see,
I guess an’ fear!

He also, around the same time, wrote “To a Louse” in which he enumerated the essence of most everything else:

O wad some Pow’r the giftie gie us
To see oursels as ithers see us!
It wad frae mony a blunder free us,
An’ foolish notion:
What airs in dress an’ gait wad lea’e us,
An’ ev’n devotion!

Burns wrote those words in the late 1700’s, circa 1785. That’s roughly 225 yrs ago, and yet he somehow summarized the very pile of crap we still, on this very day in December of 2013, find ourselves having to deal with. Photo evidence follows; first, the Mouse (photo by Denny Green, Tempe AZ, December 2013):

Still thou are blest, compared wi’ me!
The present only toucheth thee . . .

And then there is, too and of course, The Louse: 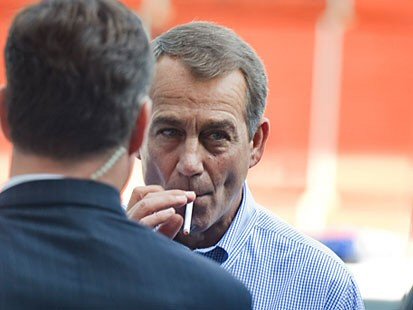 Ye ugly, creepin, blastit wonner
Detested, shunn’d, by saunt an’ sinner . . .
Gae somewhere else and seek your dinner
On some poor body

So: even though the answer is invariably OBVIOUS, apparently that always eternal question forever remains: “Whereto from here”??

Burns proffers those two options: a Mouse, or a Louse. The choice remains, apparently, up to each and all of us.

Me? I’ll take the mouse. He be cool. The Louse? Not so much.