This weekend I OD’d on Trump. And jelly beans. I’m not sure which made me feel worse.

I refuse to watch any of the myriad videos of Hair Drumpf that have dominated the internets over the past, well, forever it seems. As I have mentioned in comments elsewhere, being a lifelong New Yorker means, in part, that we’ve been exposed to toxic levels of NY’s own version of Agent Orange since long before “Celebrity Apprentice” existed. Having long ago dismissed Drumpf à l’Orange as a loud-mouthed, self-important asshole, it’s frightening to see so many people taken in by this vulgar charlatan. Especially if one looks at his mouth. It appears to have been shaped over a lifetime of angrily hurling bullying insults and orders. How can anyone look at Drumpf “speaking” without being disgusted and horrified?

Here’s a shot from a thread at ThinkProgress:

Republican presidential candidate Donald Trump describes how he was ready to punch a person who rushed the stage during an election rally earlier in the day, as he speaks to a crowd in Kansas City, Mo., Saturday. CREDIT: AP Photo/Nati Harnik

The next few are from various threads at Raw Story: 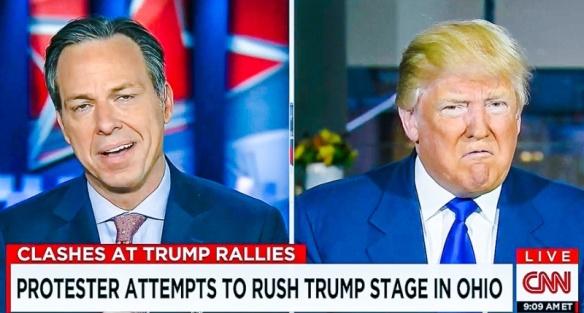 A commenter at Raw Story posted this ‘Trump Snarling’ GIF.

But enough ugliness, even for a Monday. Here’s some cuteness to counteract the face if evil:

And perhaps a little tranquility for the end of the day: 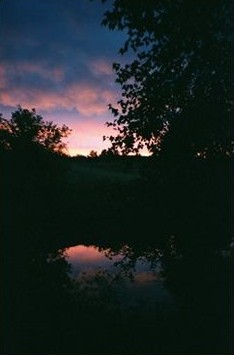 This is our daily Open Thread – talk about whatever’s on your mind.