Our good friend and honorary Critter Paul Jamiol has been busy lately: illustrating a children’s book; working on a new collection of his excellent editorial cartoons to come out in early 2020; plus, most days, putting out new, grimly accurate observations on these terrible times.  (All images are copyrighted by Paul Jamiol.) 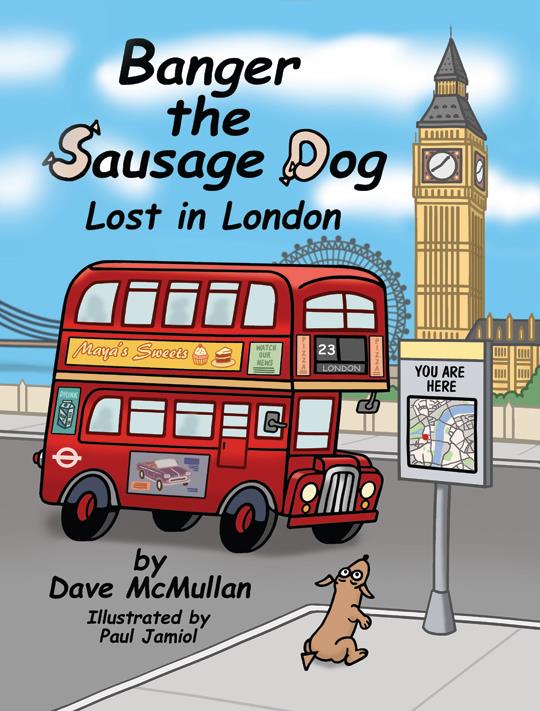 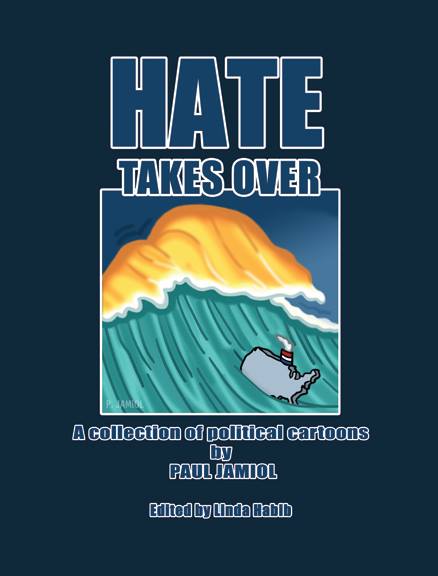 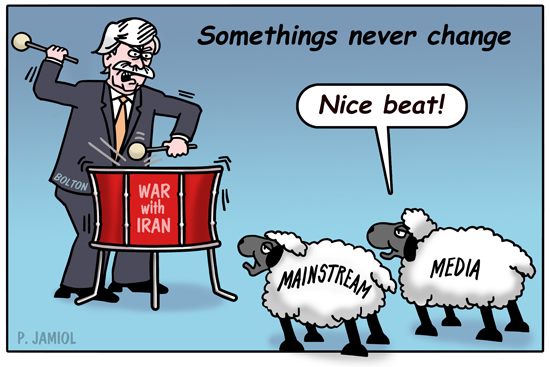 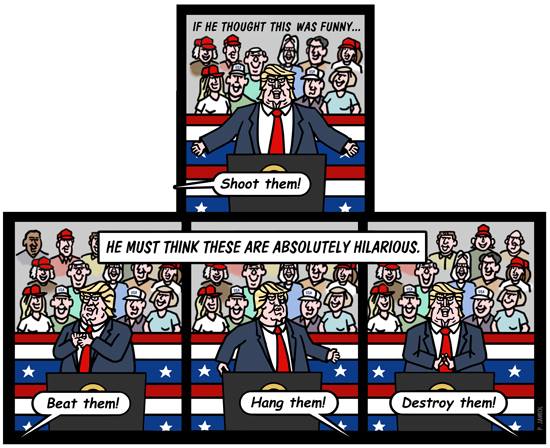 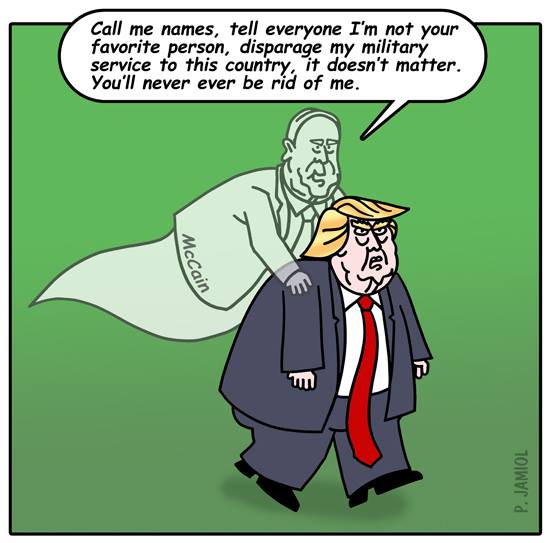 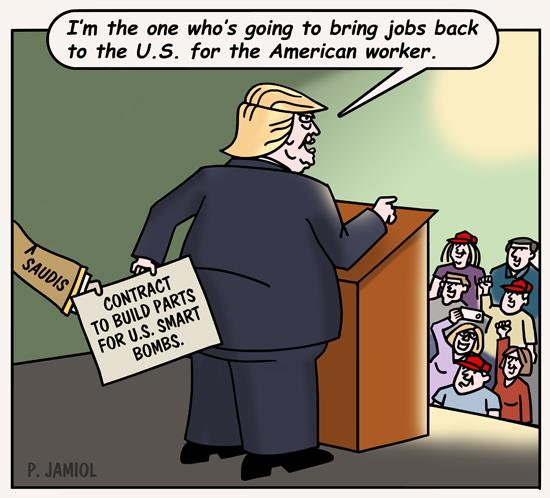 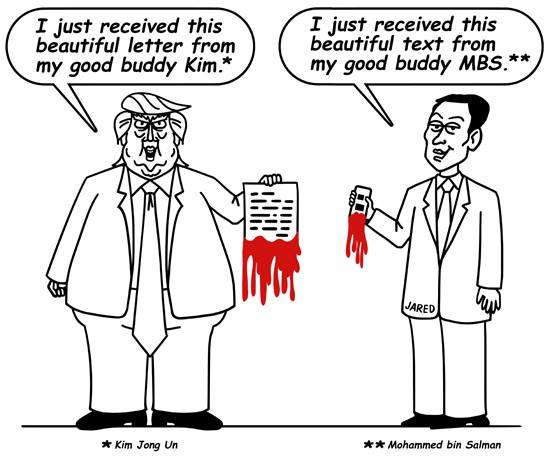 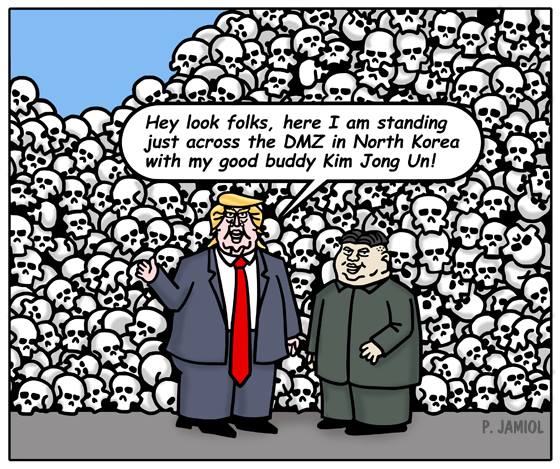 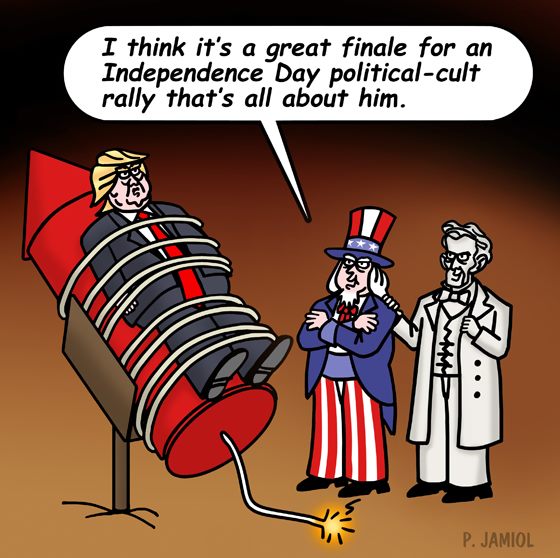 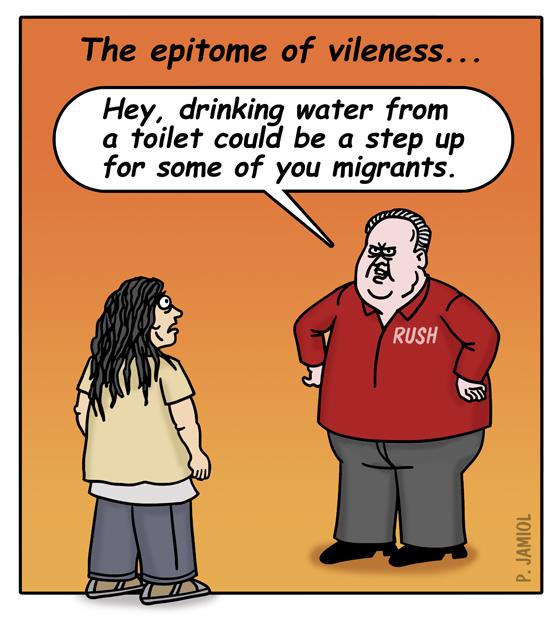 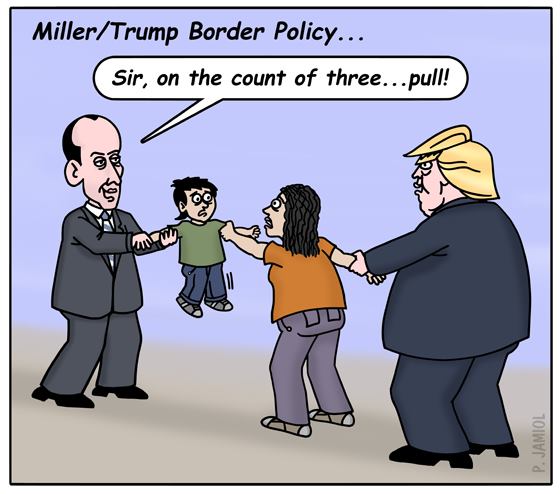 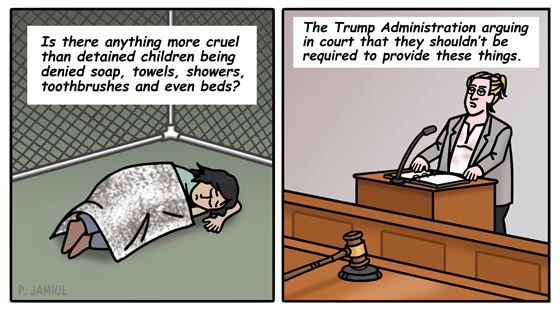 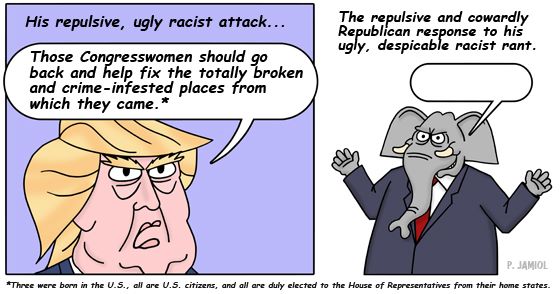 That’s just a sampling.  For more, and to see how talented Paul’s wife, Lin, is with her green thumb [and who knew that Paul is an amazing photographer!], visit Jamiol’s World.

Paul has been chronicling political/current events since September 2000.  His encouragement and kindness to us Critters when we left ThinkProgress to start TheZoo, as well as our longstanding friendship, will always be appreciated – hell, I still LOVE our personalized header ‘toon.  I know that we here at TheZoo became pretty burnt out trying to do our part – it’s so damned hard to keep covering this shitshow, when day after day, even hour after hour, horrors upon horrors unfold.  Thank you, Paul, for your dedication to illustrating  what could well become America’s downfall.  It’s a grim task, and I don’t envy you.  Please carry on for as long as you can stand it, and we’ll try to keep up.

Open Thread – Come and get it!

This lady is upset that Joe Paterno is a “target” and is “taking the rap” for the child sex abuse scandal that has ended his lengthy career.

Today, he’s been the only one decent enough to walk away from the University, and it just proves what a good man he is.

Really?  Are you friggin’ serious?

Let me just say this: How dare you come out with a statement like that?  How dare you? What if that had been your son or grandson?  As far as we know so far, eight children have been grievously harmed and their lives ruined, possibly forever, by a sexual predator that Joe Paterno knew about.

I am left wondering what the hell was going through Joe Paterno’s mind when, after the shower rape incident, he continued to see Jerry Sandusky in the company of young boys from Sandusky’s “Second Mile” program (established by Sandusky in 1977, so the list of victims could be much much longer) on the sidelines of games or in the locker room meeting the players?  This literally went on for years, and Paterno let it continue.  He knew about the child sex abuse being committed by his assistant coach — he’d been told explicitly, and he’d reported the incident to the appropriate authorities at the University.

Some people might say that Paterno had done his duty.  He reported what he’d been told to the higher-ups.  Well, that’s all very well and good isn’t it?  Surely Sandusky’s subsequent victims suffered less because of it.  Right?  Hell no!  Doing one’s duty is a minimum, and then there’s doing what’s right.  Paterno failed those children in the worst way imaginable — he allowed them to become victims of a predator.  For a run-down of how the victims were groomed and abused, go here.

I’m sure that in her normal life the lady in the above video is a very nice and well-meaning woman, but she has lost her focus on what’s important.  The important issue here is NOT that Joe Paterno is ending his amazing career in utter disgrace; the important issue is that at least eight boys — hell, even one boy! — were terribly harmed and their lives will likely never be the same again or what they might have been, because Joe Paterno (and others in the University) put their multi-million dollar football program ahead of them.

I will shed no tears over the end of Joe Paterno’s career.  I’ll reserve my tears for the young boys who were so terribly betrayed and abused. 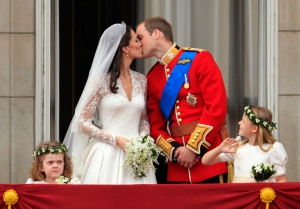 Our bloggy friend, 5thState, presents his take on the recent media madness in the U.S. over some wedding in England…

This week the American corporate mass media has shifted into ‘over-bonkers-drive’ coverage of everything to do with Friday’s matrimonial shindig in London, England-shire, of Prince William Windsor (of the Windsor Windsors) and Catherine Middleton; a bit of middle-class crumpet from Buckleberry (best known for its hobbit-friendly, Nazgul thwarting ferry).

Such gushing attention might appear extremely odd given America’s anti-monarchical foundations, until one considers a few facts and features of the WASPy American psyche that has been molded from the nation’s vague subconscious memory of its birth, its awkward pubescent years in search of a moral compass, its first experiences with the sexiness of war (and subsequent depression over war-erectile dysfunction), its personal battle against oil addiction punctuated by episodes of political paranoia to form its contemporary state of ADD, Alzheimer’s and dependence on pseudo-scientific remedies, blockbuster-movie sponsored food-type “Happy-Meals” with the extra spiritual nutrition of toxic choking-hazard toys, and FDA approved pharmaceutical solutions to problems that most Americans probably wouldn’t ‘have’ if drug-company psy-ops departments weren’t such a great source of the advertising dollars and campaign contributions that allow the mental midgets of the media and politics to enjoy the privileged lifestyle of the fabled American Dream of owning time-saving appliances and hanging with the celebrities of human endeavor who usually actually have worked-hard for their life-rewards.

Note: If you struggled with the above run-on paragraph or in fact totally comprehended-it, just getting through it means that you are a contemporary and real American! END_OF_DOCUMENT_TOKEN_TO_BE_REPLACED

So she really thought there weren’t some idiots out there who would put a bullett where she indicated it should go? So she really thought words have no consequences? Advocating political assassination was a hallmark of the German right between the World Wars. It was a hallmark of NAZISM! Sarah Palin is an accomplice to six counts of murder and 12 counts of shooting with the intent to kill. Period.

Sadly we can add 5 more to the total, and one wounded Democratic member of the House of Representatives:

If only…we cut taxes, then I could keep more of my money.

If only…we eliminate Social Security, then I could choose how to invest for my retirement.

If only…we eliminate all social welfare programs, then I’ll never have to depend on big government to survive.

If only…we put up a big wall between the U.S. and Mexico, with armed guards and predator drones, then people won’t cross the border illegally and take our jobs.

If only…we keep gays from getting married, then they won’t be able to destroy heterosexual marriages.

If only…we prevent all abortions, then we will truly uphold the sanctity of life.

If only…we were all true followers of Christ, i.e. fundamental evangelical Christians, then everyone would submit to His Will.

If only…we stopped taxing Corporations, then they would create more jobs.

If only…we stopped regulating Corporations, then their goods and services would be cheaper.

If only…we eliminated the minimum wage, then Corporations could hire more people.

If only…we eliminated child labor laws, then our kids could help out by earning their own keep.

If only…we eliminated environmental protections, then Corporations could pass those savings onto the consumers.

If only…we eliminated the Estate tax, then when we get rich, we can pass that onto our children and grandchildren.

If only…we invaded Iran, then we would have peace in the Middle East.

If only…we invaded North Korea, then we would have world peace.

If only…we allowed the government to spy on everyone, then we will eliminate terrorism.

If only…we changed the Constitution to prevent citizenship to anyone born here of an illegal alien, we would stop illegal immigration.

If only…we allowed enhanced interrogation techniques to be used on all criminal suspects, then no one would get off on a technicality and we’d all be safer.

If only…everybody could carry a concealed weapon everywhere, we’d all be safer.

If only…we eliminated unemployment benefits, then everyone would get to work.

This is our daily open thread. Y’all know what to do.

Greece bankrupt. Portugal, Spain, Italy, Ireland still on the brink and the financial system is only functioning with government bailouts. And this is the good news, we’re told. It could be worse, we’re told. We could strangle the financial industry with regulation and kill our economies in the process, we’re told.

The finance industry has effectively positioned itself outside of  and independent from democracy itself. How else can they effect those bailouts and still avoid all effective regulation?

We, the people, don’t approve. They, our governments, don’t give a shit.

The banks, huge and bloated have reached a reputed importance for our economic system (read: capitalism) that would topple the whole economy if they themselves would fall. So they say.

Our politicians obey them and never ask questions.

Investment banks and rating agencies are playing with economies like cats with half-dead mice. To eventually kill or let go.

Small and medium enterprises are strangled by arbitrary lending and held at arm’s length, when job-creating investments need to be financed.

Government-owned banks look the other way and declare private lending isn’t their job.

Consumers are befuddled by easy credits to buy stuff from China (or elsewhere) which they didn’t, don’t and won’t ever need. We are made believe, that we are actually hurting the economy if we are saving.

Government-owned banks are then taking the credit default swaps and pay for them, so the private lenders won’t carry a risk and banks can reap some more.

I’m sure every one of you can think of more points.

Our governments are broken. My vote will never be for anybody again, but for those who are actively working for strict regulation of the financial industry. Or any industry. Lest they bankrupt us all – more than they already have.

I’m afraid I won’t get to vote much.