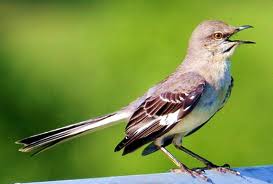 Tweeter calls in another Zoo Exclusive

THIS JUST IN: PRESIDENT OBAMA TO ANNOUNCE NEW PRISONER BARGAIN WITH THE TALIBAN

With polititians and pundits heating up over the prisoner exhange that saw the release of 5 Taliban leaders in exhange for one American Soldier, President Obama is taking a bold step by conducting further discussions aimed towards the release of the remaining 149 or so prisoners still held in Guantanamo. Early reports by annonymous sources indicate that the President is on the verge of making yet another deal with the Taliban.

According to low-level interns in the White House document shredding room, Obama has struck a hard bargain with the renegade Taliban government: for every Republican Senator they agree to take, Obama will release 2 prisoners held at Guantanamo; should the Taliban accept all of the Republican Senators, the remaining prisoners will be exchanged on a one-for-one basis with Republican members of the House of Representatives.

Republicans expressed immediate outrage. “If an American Soldier is worth 5 Taliban, a Senator should be worth at least 10!” one eexclaimed. On the other side of the aisle, a Democratic aide observed “It’s about time we got rid of those terrorists once and for all. They’ve caused more damage to the United States than all the prisoners in Guantanamo put together.”

Senator McCain reportedly commented, “I’ve been a prisoner of war, and I can tell you it is pure hell. Whatever I can do to relieve the suffering of those poor men, I’ll do it.” After an aide whispered in his ear, the Senator continued, “But I’ll be damned if I let this President, or any other President, for that matter, negotiate with Congress, I mean, Terrorists!” His aide then quickly whisked McCain out of the room.

Into whatever houses I enter, I will go into them for the benefit of the sick, and will abstain from every voluntary act of mischief and corruption; and, further from the seduction of females or males, of freemen and slaves.

The non-profit organization Physicians for Human Rights (PHR) has issued a report on the extent that medical professionals were involved in the torture programs at Abu Ghraib, Bagram and Guantanamo.

The version of the 2004 CIA Inspector General’s report released on August 24, 2009 provides greater detail on the central role that health professionals played in the CIA’s torture program and reveals a level of ethical misconduct that had not previously come to light.
The report confirms that the CIA inflicted torture on detainees interrogated while in US custody as part of the agency’s counterterrorism activities and exposes additional interrogation techniques that had not yet been reported. It also demonstrates that health professionals were involved at every stage in the development, implementation and legitimization of this torture program.
The doctors and psychologists who laid the foundation upon which attorneys rationalized an illegal program of torture also actively participated in abusive and illegal interrogations, thus betraying the ethical standards of their professions by contributing to physical and mental suffering and anguish. The very premise of health professional involvement in abusive interrogations — that they have a role in safeguarding detainees — is an unconscionable affront to the profession of medicine. (read full report)

So how will this fit into the ethics every doctor swears to uphold? PHR likens the involvement of doctors onto the torture program to illegal medical experimentation on humans as forbidden by the Nuremberg Code.

Torture is vile and inexcusable in any instance. The licence to practice medicine must be taken away from everybody who takes part in it.

This yesterday from Reuters, reporting from London:

Abuse of prisoners at Guantanamo Bay has worsened sharply since President Barack Obama took office as prison guards “get their kicks in” before the camp is closed, according to a lawyer who represents detainees.

Abuses began to pick up in December after Obama was elected, human rights lawyer Ahmed Ghappour told Reuters. He cited beatings, the dislocation of limbs, spraying of pepper spray into closed cells, applying pepper spray to toilet paper and over-forcefeeding detainees who are on hunger strike.

The Pentagon said on Monday that it had received renewed reports of prisoner abuse during a recent review of conditions at Guantanamo, but had concluded that all prisoners were being kept in accordance with the Geneva Conventions.

“According to my clients, there has been a ramping up in abuse since President Obama was inaugurated,” said Ghappour, a British-American lawyer with Reprieve, a legal charity that represents 31 detainees at Guantanamo.

END_OF_DOCUMENT_TOKEN_TO_BE_REPLACED

The US government obviously has blackmailed the UK into not releasing details about Guantanamo torture and threatened the country with such dire consequences that UK judges ruled evidence of torture must remain secret due to the severity of the consequences for Britain’s safety,

The Independent has the most extensive quotes from the ruling:

“Indeed we did not consider that a democracy governed by the rule of law would expect a court in another democracy to suppress a summary of the evidence contained in reports by its own officials … relevant to allegations of torture and cruel, inhumane, or degrading treatment, politically embarrassing though it might be.

“We had no reason … to anticipate there would be made a threat of the gravity of the kind made by the United States Government that it would reconsider its intelligence sharing relationship, when all the considerations in relation to open justice pointed to us providing a limited but important summary of the reports.”

In another part of the ruling, the judges said they had been informed by lawyers for Foreign Secretary David Miliband that the threat to withdraw co-operation remained even under President Barack Obama’s new administration.

I was wondering how long it took until I got mad at President Obama. It didn’t take long. I still give him the it’s-the-first-100-days-and-you-can’t-do-everything-at-once benefit of the doubt, but only just. This is not the kind of foreign policy I expect and President Obama promised. This gag order must go.