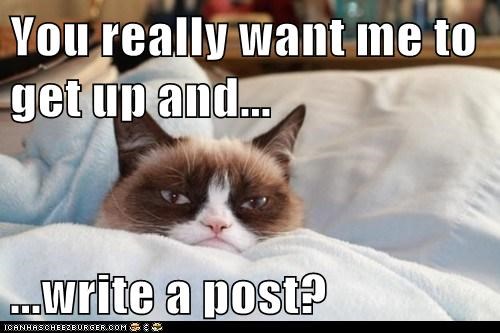 [perhaps all babies born of rape, being, as they are, “a gift from God”, should be named Jesus Christ?]

V: I’m a woman in pain, and I hate what’s going through me,
But I have to keep it, Gov’ment put me through it,

R: Having my baby,
What a lovely way of saying how much you love me,

V: Having your baby,
I’m a woman in pain, and I hate what’s going through me.

(We at The Zoo are mindful of the feelings of rape victims over this subject. We, too, are outraged by the cavalier attitude of some political figures towards victims of this crime.)

Created for TheZoo by Paul Jamiol
All cartoons are posted with the artists’ express permission to TPZoo.
Paul Jamiol, Jamiol’s World

Yes indeed, Paul Ryan, rape is one “method of conception,” isn’t it?  Wow. Way to totally dismiss the terror and violence of having one’s body violated by another, you soul-less bastard.  Rape is an event that changes who you are forever.  Just look at his face as he’s speaking; he doesn’t even seem to realize that what he’s saying is so disgusting.

As if the trauma, fear, injuries, and horror at losing personal autonomy during the rape are not enough, then, if the woman becomes pregnant as a result of rape, Paul Ryan and his fellow pro-forced birthers will happily extend the torture for another nine months — at least.

But we shouldn’t really be all that surprised that Paul Ryan could say something so abhorrent.  He’s a lifelong Ayn Rand devotee (when it suits him), so basically, as long as he’s not the one being raped, he doesn’t care.  That’s your problem, honey.  Although I really doubt he gives a flying flip if a woman has an abortion or not, Ryan parts company with Ayn Rand when it comes to pregnancy as a result of that rape, because it suits him to pander to the rabid forced birth crowd.

This is what I find so disturbing about Paul Ryan — he doesn’t care about this country or the people, he cares about what Paul Ryan wants.

Haven’t we had about enough of that kind of political candidate?

When will the US Government’s abuse of Native Americans end?  When they are all dead?  Or is it when they all forget their great heritage?

According to NPR Laura Sullivan is known for her investigative reporting on the plight of the country’s most disadvantaged people. NPR also lists Ms. Sullivan’s 2007 revelation of the widespread rape of Native American women on their reservations, committed largely by non-Native men. This tragic story took place, and continues to take place, on the Standing Rock Sioux Reservation in the Dakotas.

The Lakota Peoples Law Project (LPLP) has documented the theft and destruction of Indian children. Native children are being taken at an alarming rate. LPLP investigators and attorneys have found that the South Dakota Department of Social Services in a misguided attempt to help the children removes them from their families and places them in non-Indian households, foster-care settings, and state institutions for years. These children often experience sexual and emotional abuse, medical over-drugging, and inadequate education. According to LPLP lead attorneyDaniel P. Sheehan, the current system is a failure. Mr. Sheehan’s research shows that South Dakota, is one of the worst offenders nationwide. Nearly two-thirds of children in state foster care in South Dakota are Native American. By age twenty, over 60% of these children are dead, homeless, or in prison.

The greedy are not content with all the land that they stole over the past 150 + years. They are now going after more land.  So the Dakota Oyate have occupied the Crow Creek Reservation.

The Lakota have struggled for 158 years.  Here is their story which will not be found in any school board approved history book.

The genocide continues and the MSM is quiet.

I remember reading “Bury My Heart at Wounded Knee” and crying for hours.  It was an awakening.

“May you have faith in your worth and act with wisdom”… Yogi tea tag.

Consider this vote a gift to any future political opponents for these guys:

Dudes, would you care to TRY to explain this vote to your constituents, especially the females (and maybe your wives and daughters)?  I don’t know about anyone else, but I’d love to hear it.

Internationally renowned film director Roman Polanski has been arrested in Zurich yesterday night on an arrest order dating back to 1978, when Roman Polanski was indicted and convicted for rape of a minor.

Polanski was supposed to be guest at the Zurich Film Festival tonight where he would have received the lifetime achievement award “Golden Eye”.

From Al Jazeera, via ThinkProgress:

The young Saudi woman who was kidnapped and gang-raped by a group of men, and was later sentenced to 200 lashes and a prison term, has been pardoned by King Abdullah.

This pardon apparently does not mean the King disagrees with the young woman’s sentence, but that he acted in the “interests of the people.”

Abdullah bin Mohammed al-Sheik, the Saudi justice minister, told Al Jazirah newspaper that the pardon does not mean the king doubted the country’s judges, but instead acted in the “interests of the people”.

“The king always looks into alleviating the suffering of the citizens when he becomes sure that these verdicts will leave psychological effects on the convicted people, though he is convinced and sure that the verdicts were fair.”

Well, at least this woman won’t be further victimized by the Saudi judicial system.  Who knows what consequences Saudi society will have for her?

King Abdullah can sleep well tonight, knowing that he didn’t cave to international pressure in this case, but acted to clear up any misunderstanding or misinterpretation of the judge, and to preserve justice for all.

The U.S. wants its close ally Saudi Arabia to attend a Middle East conference next week, so offered weak criticism about the news of increased penalties to the victims in a gang rape case.

“This is a part of a judicial procedure overseas in the court of a sovereign country,” said State Department spokesman Sean McCormack when asked to comment on the case.

“That said, most would find this relatively astonishing that something like this happens,” added McCormack.

That’s all Sean?  Relative astonishment?  Wow.  I find it astounding that the victims (a woman and her male friend) in a gang rape case receive any consequences at all, having been kidnapped and gang-raped by seven men, but apparently it merits 90 lashes for having been in the presence of “unrelated men.”  The woman’s attorney had the gall to object to the light sentences of the rapists, ranging from ten months to five years, so his client and the male victim received increased sentences of 200 lashes and six months in prison.

Presidential candidate, Barack Obama, has written a letter to Secretary of State Condoleezza Rice, urging her to say something — anything — about the human rights problems in Saudi Arabia.

“That the victim was sentenced at all is unjust, but that the court doubled the sentence because of efforts to call attention to the ruling is beyond unjust,” wrote the Illinois senator.

He also urged the State Department to give this “demeaning ruling” a prominent place in its annual human rights report of abuses worldwide, which is now being compiled.

Saudi Arabia has not committed to attending the Middle East conference next week, sort of like the U.S. is non-committal about basic human rights.