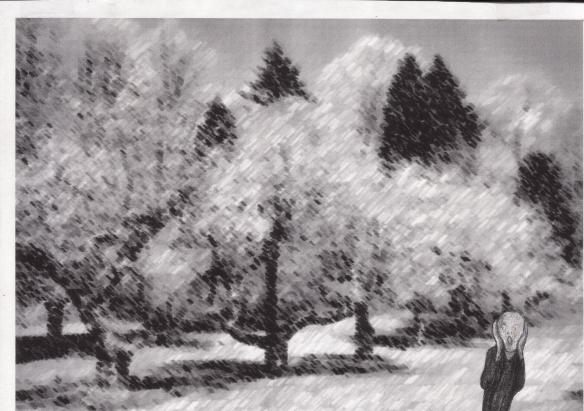 Up is down.
Black is white.
Lies are gospel truth.
Video and audio recordings do not exist.
Greed is a virtue.
Jesus Christ said hate your neighbor, steal from the poor, starve the hungry, and only the rich and intolerant will get into heaven.
Avoiding taxes is patriotic.
Dick Cheney “is a man of wisdom and judgment.”
Corporations are people.
Gays and women are NOT people.

Am I the only one who feels like they’re screaming silently in a nightmarish, surreal landscape?

This is our daily open thread — feel free to scream if you want to!