Today, family and friends gather to say goodbye to my dad, who died just before Christmas.  Mom died four years ago, just after their 50th anniversary celebration.  Their spirits will live in our hearts forever.

Today should have been our nephew Adam’s 27th birthday.

I remember some parts of the day(s) he was born. Wayne’s poor sister Judy was in labor for about 36 hours. At the time, I was still working for the horse insurance company, which had merged with a general insurance agency in Huntington, Long Island. I can easily flash back to the feeling/image of sitting in my office cubicle late at night on August 27th, keeping in sporadic contact with my brother Bobby while catching up on work. At about 10:00 that night I gave up and went back to my apartment. No word during the night.

In the meantime, my parents were on a two-week European tour. The insurance agency where I worked also included a travel agency (the whole company was owned and operated by three generations of the Gundermann family, and one of the daughters ran the travel agency), through which my parents had arranged their tour.

So the next day, when word finally came from Bobby that Judy had, at last given birth to Adam Mark Sechny, Teri Gundermann and I scrambled to get a telegram (hard to believe, nowadays) to my parents. Teri had their itinerary, but, for some reason which I no longer remember, the itinerary had been changed, so Teri had to contact the tour company to find out which country (Italy, it turned out) and city (I’ve forgotten) they were in. My parents were at dinner with their tour group when the telegram was delivered to the head of the tour. Everyone there got to hear the news as the tour guide, after asking my parents to join him as he stood at the front of the dining room, read the telegram aloud, “Mildred and Stephen Sechny, you are now the grandparents of a 10-lb, 12-1/2-ounce grandson, Adam Mark Sechny!” …and there was much rejoicing… 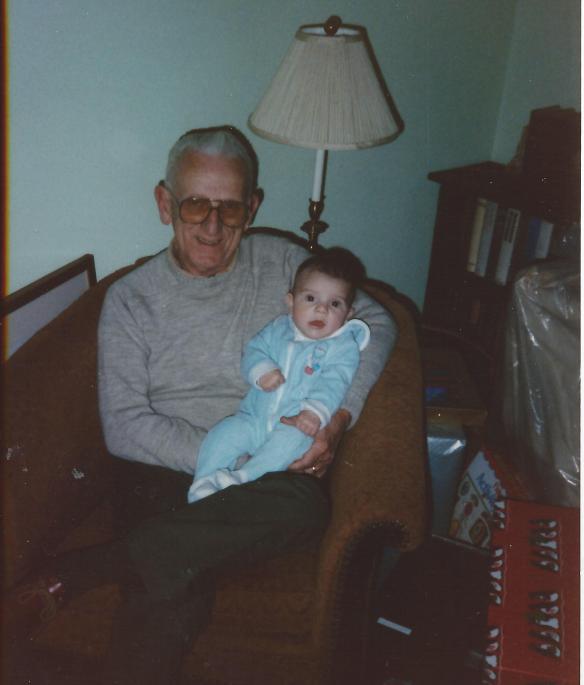 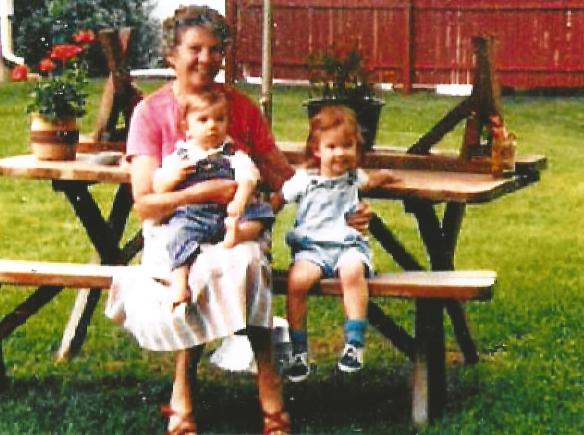 A week ago, TheZoo lost a dear friend:  WaltTheMan died in his sleep, having posted news of his 44th anniversary and anticipating his cooking duties for the next 16 years.

I “met” Walt years ago, before TheZoo was a thought in anyone’s head, on ThinkProgress, a political blog that was just getting its start.  Several of us became fast friends, and severely abused the Thinkprogress Terms of Use with our socializing, troll bashing, and merry-making.  In 2007, the trolls became too smelly, even for our high tolerance of troll-kind, so our little gang decided it would be a great idea to start our own blog.  The rest is Zoo history.

Walt’s family asks that we spend a quiet moment this afternoon thinking of Walt, and if you’d like to make a charitable donation in his name, the American Heart Association is their choice.  I have Walt’s address, so if anyone would like to send a card, let me know and I’ll send you the information.

The picture above is a record of the time Walt and Pachy met for breakfast, and spent time visiting and chatting.  🙂

I remember so many times when I asked Walt a question and he’d come back at me with a long, detailed, engineer-ese answer, and I’d have to say, “Walt, what?”  Then he’d write something even more detailed — something I surely would understand! — and I’d say, “Okay, works for me.”  Hey, I majored in Psych, I don’t speak or read engineer-ese!

The purpose of this post is to let us share memories and stories about and by Walt — happy, sad, funny, outrageous, whatever you’ve got.  I’ve got another story, but I’ll share it in comments because it’s a bit long.

This is our daily open thread — Cheers, Walt.