Finally,
‘Very, very unhappy with her life’: Insider claims Melania wants to take son Barron and flee Trump
H/T Raw Story
Sad state of affairs, but when you can’t love the one you’re with, time to get the hell out of the relationship. Cheaters never prosper.

Open Thread, pick it up and gnaw on it!

Arghh, it be Wednesday, the MidWeekDay.
Here be the Gnuz, such as it manifests itself to we mortals…

The Census Will Ask A Question It Already Knows Spooks Immigrant Communities
H/T TPM
Pretty blatant political move to dilute the blue representation in Congress.
What a shithole he’s turning this nation into.

One more tidbit, WaPo: Trump Pushes Military To Fund Border Wall
HT TPM via WaPo
When the generals tell Trump to go eff himself, he’ll consider firing them, and promoting Jared to thirteen star Master General of the Universe…

Finally,
Scott Walker Is Trying To Dismantle Democracy in Wisconsin
H/T The Nation
Subtitle: Instead of following an order to call special elections to fill vacant legislative seats, the governor wants a new law that says they can be left empty for a year.
Another Republican fascist. Does the Republican party have an inexhaustible supply of dickwads?

Open Thread, Try it on for size today!

Six years ago today, our nephew Adam was killed in a car crash. Right about now, his friends and co-workers at our office are gathered to honor Adam’s memory by sharing a shot of Dewars, Adam’s favorite drink.

I hoist a shot to you, Adam. You are missed more than I can say. 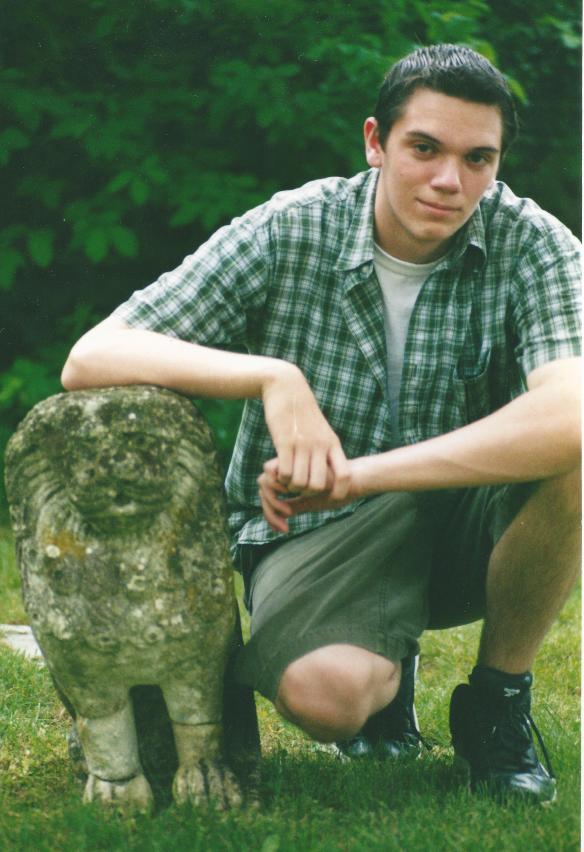 We’ve been watching the young speakers at the Washington, DC, “MARCH FOR OUR LIVES” rally, and I am in awe of them. One poised and eloquent speaker is an 11-year-old girl. Right now an 11-year old boy who lost his brother to gun violence is speaking. These “kids” have been forced into early adulthood by horrific events in their lives, and each and every one of them is more than a match for that man-baby terrorizing our White House and our country.

This is our weekend open thread.

And,
Former Playboy Model Sues Media Group For Freedom To Talk About Trumpv
H/T TPM
Seriously, How Much More Can Melania Take of this Marriage GRIFTER!???

Open Thread, Take it, leave it, or just effing ignore it!

Sessions fires McCabe from FBI
H/T The Hill
Time speeds up, the wheel of time turns faster
Mueller crosses the red line of death,
The Prezidunce orders Sessions to Order Rosenstein to fire Mueller, Rosenstein refuses, so Sessions fires him.
Sessions then fires Mueller, and the incompetence-in-chief fires Sessions.
Congress blusters about impeachment, and the nation holds its collective breath…

Finally,
Russian Exile Nikolai Glushkov Found Strangled To Death In London
H/T TPM
OK, OK, it may have nothing to do with Trump finances that Mueller is now looking into, but…………

And one final post from The Hill
Dem lawmaker: Trump is purging anyone who isn’t blindly loyal
HT The Hill
Rep Castro points out a serious challenge to our democracy and institutions from this runamok bozo pretending to lead our government.

Open Thread, pick it up and run with it!

The Ides of March upon us, Middling part of the third month of our year 2018
And the gnuz beith:

“We’re mad that we haven’t been listened to”: students speak on the National School Walkout
Thousands protested across the country on the one-month anniversary of the Parkland shooting.
H/T Vox
And the Drumpf Maladministration is fluffing the NRA line to have teachers armed in the classroom.
The kids are right to be pissed.

And,
NYT Calls Pennsylvania Special Election For Democrat Conor Lamb
H/T TPM
An incredibly tight finish in a gerrymandered district that went for Trump by 20 points in 2016.
Not exactly a blue wave, but wait till November, when the fairly redistricted state votes again…Blue Tsunami.

Finally,
‘I didn’t even know’: Trump boasts about making up information during meeting with Canada’s Trudeau
H/T Raw Story
Only THIS Prezidunce would brag about not knowing WTF he was talking about. Sad.

Open Thread, light it on fire and run from it!

Stakes high for GOP in special House election in Trump slice of Pennsylvania
H/T WaPo
This is absolutely a referendum on the Drumpf. If Lamb wins, Saccione isn’t the only LOSER in the room

And,
The Simple Truth about the Gender Pay Gap
H/T Here in our state of Washington, women make on average 77% of what males make for the same work. Not counting racial disparities
SHAMEFUL!

Finally,
‘We’ve lost all credibility’: GOP House intel member contradicts his own party’s Russia probe conclusion
H/T So even a member of the R’s own committee has no faith in the process or outcome of the ‘investigation’…

For Thurzdae, and there’s some interesting stuff going on…

The secret Seychelles meeting Robert Mueller is zeroing in on, explained
H/T Vox
As usual, Vox is doin’ some ‘splainin’ of nefarious goings on by the Trump criminal cabal…
Salient quotes
“George Nader — an adviser to the de facto leader of the United Arab Emirates — is cooperating with Mueller’s probe. In a sign of his importance to the investigation, Nader testified before a grand jury last week”
and
“That’s big because Nader helped organize, and attended, that curious Seychelles meeting on January 11, 2017, shortly before Trump’s inauguration. The meeting brought together Erik Prince, Trump donor and founder of the private security company Blackwater, with Kirill Dmitriev, who manages a Russian sovereign wealth fund and is thought to be close to Vladimir Putin.

Anonymous sources have long claimed to reporters that the purpose of the Seychelles meeting was for Trump’s team to covertly communicate with Putin’s team. After all, it happened just weeks after Jared Kushner reportedly told the Russians that he wanted to set up a back channel through which they could communicate.”

Timing of Trump tariff announcement still up in the air
H/T Politico
I am still trying to trace down the so called ‘evidence’ that China is dumping steel in the US.
There’s a statement from Canadian Banking Firm CBIC economist that Canada is possibly involved, but China does not even show up in the top ten import countries, and VietNam is 10th at 2%. Perhaps it’s coming through India, but you’d think it would be easy to investigate. If a country is exporting more steel than it has capacity to produce, then duh…I think this steel dumping issue is a giant red herring.
Go after intellectual property theft, you idiots.

CNN: Trump Upset With Sanders Over Handling Of Stormy Daniels Questions
H/T TPM
Uh, oh.
Next idiot down and out.
Wonder how many more morons will sign up for the stinking ship that is the Drumpfhair mal-administration

Wednesday addition by subtraction, another one bites the dust…

Top White House Economic Adviser Gary Cohn To Resign
H/T TPM
Hard to keep the hired help when the boss is a megalomaniac and a tucking fyrant!
Is Drumpf trying to get rid of all the help so he can have Ivanka all by herself? Stay tuned for the next epispode of ‘As the Doturd Turns’!

And,
REVEALED: Kushner’s United Arab Emirates point man is now cooperating with Mueller probe
H/T RawStory
Ahhh, I loves me the smell of fried chickensh!t in the morning! Let that lil bird sit on the real hot seat!

Finally,
Trump: ‘Many people’ want to replace Cohn as top economic adviser
H/T The Hill
Wanted:
Lickspittle lackey whose knowledge of economics consists of knowing that the difference between macro and micro economics is an a and an i.
Duties: Agree with whatever the boss wants, when he says jump, you say how high, and when he says sh!t, you say what color?

Open Thread, play with it but be gentle!

Mueller subpoenas witness for documents tied to Trump, campaign associates: reports
H/T The Hill
And the evidence mounts up. The noose tightens…Driving the Prezidunce nucking futz!

And,
Trump On Chinese ‘President For Life’ Xi: ‘Maybe We’ll Have To Give That A Shot’
H/T TPM
How about we give you an impeachment for saying that, you un-American A$$hat!

Open Thread, Good luck keeping up with it!

Trump’s tariff decision is one of the worst fears about his presidency come to life
Trump was in a bad mood. So he decided to maybe start a trade war.
H/T Vox
Unfit
for
Office